Dina has been an alternative dispute resolution professional for over 25 years. She has been described as “phenomenal,” “head and shoulders above other mediators,” “one of the brightest and best folks that JAMS has.”

Dina has been named a “Super Lawyer” in the New York Metro area.

Here are some examples of the matters resolved by Dina:

For more information on Dina’s experience and credentials as a mediator and arbitrator, please go to www.jamsadr.com. 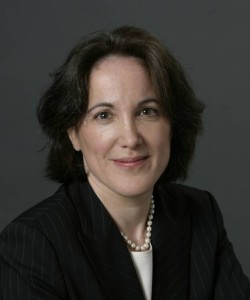 Dina R. Jansenson, Esq. has over 25 years of experience as a mediator and arbitrator. She is a sought after speaker and trainer; an external ombudsperson for global media companies; and a former litigator at a highly regarded NYC law firm. Dina is fluent in English, Spanish and Hebrew.

Dina brings a broad base of substantive knowledge and understanding of litigation challenges. She helps parties analyze their legal and business issues, engage in risk assessment, develop business solutions, and deal with emotional issues. As an arbitrator, she is known for managing the process efficiently and fairly, and for a keen analytical approach to her awards.